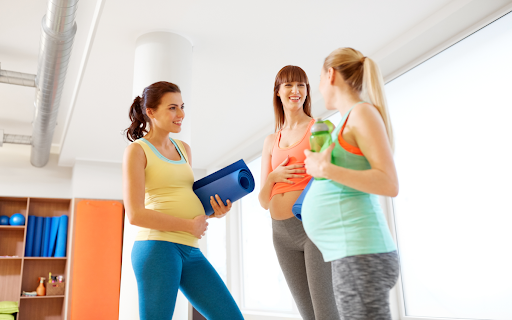 Advancements in science and technology have allowed expecting mothers to determine the gender of their babies long before their birth. However, before parents had access to ultrasounds, they relied on superstition to determine the sex of their coming child. Many of these stories have no basis in fact and are nothing more than works of fiction, but they are still fun to learn about. Here are four old wives’ tales on baby gender and what science says about them.

Your Cravings Will Determine the Sex of Your Baby

Many women begin to crave certain foods after becoming pregnant. This is a natural phenomenon that countless mothers experience, but some believe that type of food they desire is a sign of their baby’s gender. Sweet foods, fruits, and juices are said to be signs of a baby girl, whereas salty, sour, and protein-rich foods signify a baby boy is on the way. Pregnancy cravings can be traced to nutritional deficiencies and hormonal changes, meaning the infant’s gender has no bearing on it.

Predicting Your Baby’s Gender With Heartbeats

Has anyone told you that you can predict the sex of your baby based entirely on their heartbeat? The tale suggests that heartbeats under 140 beats per minute, or bpm, are boys, and those over that threshold are girls. Normal bpm rates for unborn children range from 110 to 160, and no notable heartbeat difference has ever been documented, meaning this myth can be put to rest.

Some wives’ tales point to the mother’s heart to predict the sex of the baby, or more specifically, her blood pressure. This superstition states that boys cause higher blood pressure while girls cause lower blood pressure. Incidentally, this is the opposite of the heartbeat myth, but the two have one thing in common; they’re both incorrect.

Other pregnancy superstitions pertain to how the mother is carrying the child. Some claim that girls will stick out while wider shapes signify a boy, while others believe that low bumps represent a boy and high bumps represent girls. However, predicting your baby’s gender using their shape won’t harbor any meaningful results. The height and shape of the mother, among other genetic factors, largely determine the dimensions of the bump.

A Mother’s Skin Says All

According to some people, your physical appearance during pregnancy is useful for predicting your baby’s gender. For example, moist hands and skin mean a girl is on the way, while the opposite is a sign it will be a boy. Of course, how dry or wet your hands are has nothing to do with a child’s gender and is likely the result of other external factors such as the weather.

Other appearance-based wives’ tales suggest that a pregnant woman who takes on a radiant appearance will have a boy, while those with a dull visage will have a girl instead. The belief at the center of this superstition is that the unborn daughter is stealing beauty from her mother, and it is a recurring trend amongst many other pregnancy myths. For example, mothers with more beautiful hair will supposedly give birth to a boy. As before, there is no evidence to support these claims.

Would you like assistance predicting your baby’s gender in a manner that doesn’t rely on old wives’ tales? At Fetal Vision Imaging, we offer pregnancy ultrasound 3D images, among other services. If you’re looking for gender blood testing near me, feel free to reach out to us today!