When Can I Get My First Ultrasound? 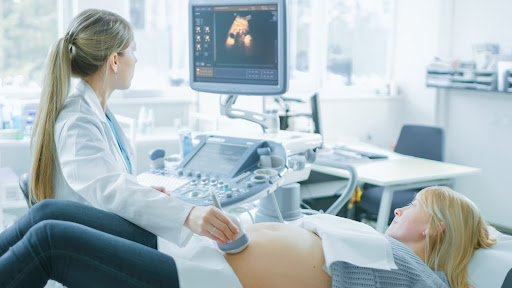 Many parents look forward to seeing their child for the first time in a 28 week 4D ultrasound, but some might want to see their baby as soon as they possibly can. This desire begs the question: when is the earliest someone can get a standard ultrasound during pregnancy at Fetal Vision Imaging in Levittown, PA?

The answer isn’t that simple, as different aspects of the baby might not be viewable or even developed in earlier ultrasounds. Additionally, there are many types of ultrasounds, such as a transabdominal ultrasound or a transvaginal ultrasound. So, even if you can get your first ultrasound relatively early, you might not be able to see very much. Here are three different time periods for ultrasounds at Fetal Vision when pregnant women are expecting and what they can expect to learn and see during them.

If you wish to have an ultrasound during early pregnancy at our facility, you’ll have to wait for a little over eight weeks. Eight weeks is the earliest we will provide an ultrasound for expectant mothers. At this time, we can generally see and hear the baby’s heartbeat and detect slight movements from the fetus. However, because this ultrasound is at an early stage of the pregnancy, you won’t see very much like their internal organs.

Babies at this point look like cashews and hardly resemble a developed human at all, so it might be better to wait a bit longer to see them for the first time. With that said, some moms want to see and hear that precious heartbeat for the first time as early as they can.

Typically in a hospital or diagnostic setting, gender determination is done at what is known as the “fetal anatomical survey.” That ultrasound is generally ordered by your doctor around 20 weeks of your pregnancy. However, at Fetal Vision, we can determine the gender much earlier than 20 weeks! DNA testing for gender has become quite popular, and we can determine gender with the DNA test beginning at 9 weeks with a simple intravenous blood draw.

For those not comfortable with a blood draw, we can determine the gender of your baby with 100% accuracy with an ultrasound at 15 weeks! In addition to finding out if you’re having a boy or girl, we can also see lots of movement from your baby and observe the fingers and toes as well as little facial expressions.

The standard time for a 3D/4D ultrasound during pregnancy is as close to 28 weeks as possible. With that said, we can see great detail anytime after 20 weeks, but babies can still be frail at that stage. A 28 week 3D/4D ultrasound is the scan that many parents look forward to the most. Because the baby has developed all features with great detail, it’s much easier to see facial expressions in real-time than the earlier ones. With this scan, we can clearly witness much information about the baby, such as smiles, yawns, sucking the thumb, and whether your baby tends to sleep with the hands in the face.

The key to seeing your baby well with any ultrasound is making sure you are keeping yourself very well hydrated by drinking at least six bottles of water per day and eliminating caffeine as much as possible. Hydration creates adequate amniotic fluid levels, allowing us to see the difference between your body and your baby, thus giving you the clearest ultrasound imaging test possible!

If you seek Before You Were Born Imaging to get a snapshot of your baby, contact Fetal Vision Imaging today for the perfect picture!